Ever since the pandemic began, we decided to create a new show each week (rather than biweekly which has been our habit for over six years now) the sources of adaptations have expanded to magazines, novellas, and songs. You would assume a shorter source would make for shorter episodes but, they can bring on just as much of a discussion as a novel.

This brings us to today’s subject of our podcast–Harper Valley PTA. The song was written by Tom. T. Hall and performed by country singer Jeannie C. Riley in 1968. The story about a “widowed bride” who is slut-shamed by her daughter’s junior high school PTA (Parents Teachers Advisory) and gives a takedown at a meeting that is spectacular in its shade and incisiveness was one of the first feminist anthems and managed to become a number one hit in the U.S. on both the pop and country charts. (Past episode Dolly Parton did the same in 1980 for 9 to 5!)

The 1978 movie is an R-rated cuckoo bananas production starring Barbara Eden (a stone-cold fox!) as Stella Johnson who exacts a Porky’s style revenge on the local yokels who dare to take her on. She also is wooed by an equally sexy Ronny Cox and is teamed up with Nanette Fabray in this film that played in drive-in theaters in 1978 and made millions.

So between the song and the movie–which did we prefer? Have a listen and find out!

Book Vs Movie is part of the Frolic Podcast Network. Find more podcasts you will love Frolic.Media/podcasts 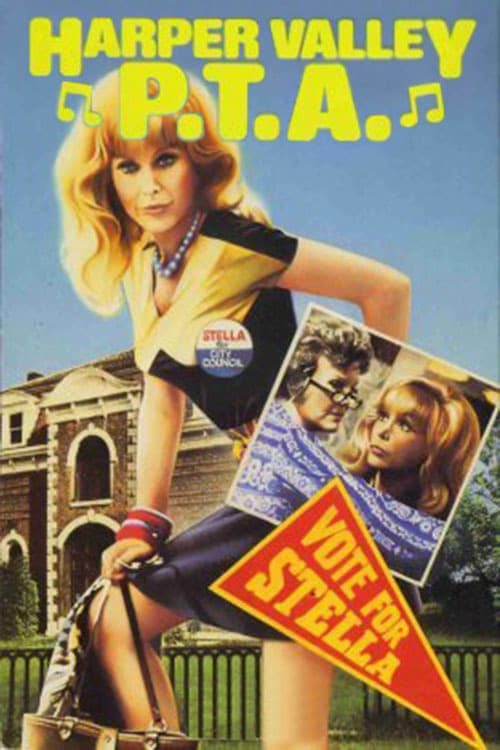 Stella Johnson is a single mother living in the town of Harper Valley. Most of the townsfolk, particularly those on the school PTA, think she is a little too liberal so they're making things tough for her and her daughter. So she runs for the position of PTA President, which infuriates them. Stella decides to get revenge with the help of her friends.