Of Mice and Men

The last week in September is “Banned Books Week” and the Margos want to celebrate by talking about one of the most controversial of John Steinbeck’s work– 1937’s Of Mice and Men. Censors have attacked the story for its use of vulgarities (including racist language) and it is listed by the American Library Association’s list of “Most Controversial Books of the 20th Century.”

Steinbeck grew up in the Salinas Valley area of California where he based many of his novels & short stories. Some of his best work includes Cannery Row, East of Eden & The  Grapes of Wrath. He was known as a ‘giant among American letters” and won the Nobel Prize for Literature in 1962.

Of Mice and Men is a story about migrant farmworkers during the Great Depression George Milton & Lennie Small. George is intelligent and thoughtful while Lennie is very large and has some type of mental disability. Different from most migrants, they stick together on their journey with George being the caretaker of his friend who has a habit of crushing small animals by accident and violent outbursts.

The men travel to Soledad, CA to work at the farm of Curley and his father. Curly is a short brutish man who hates Lennie on sight. Candy is an older worker who wants to join them in their scheme to one day own their own farm & land. The story has a tragic yet predictable ending that has haunted readers for over 80 years.

The 1992 adaptation was written by Horton Foote (who changes a few things from the original material) and is directed by & stars Gary Sinise. John Malkovich plays Lennie with Sherilyn Fenn playing the part of Curly’s lonely wife who is never given a name. The film made its debut at the Cannes Film Festival.

So which did we prefer between the book and the movie? Have a listen and find out. 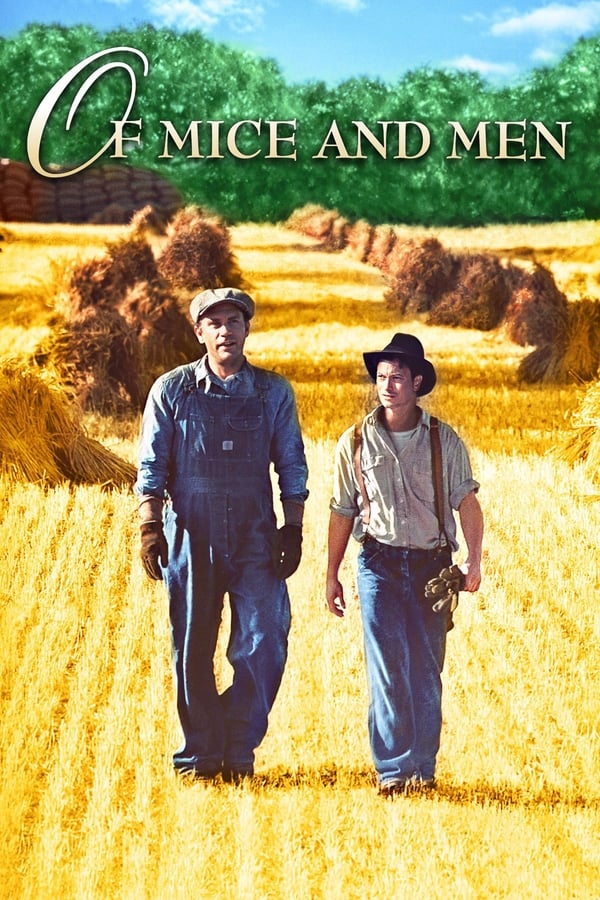 Two drifters, one a gentle but slow giant, try to make money working the fields during the Depression so they can fulfill their dreams.