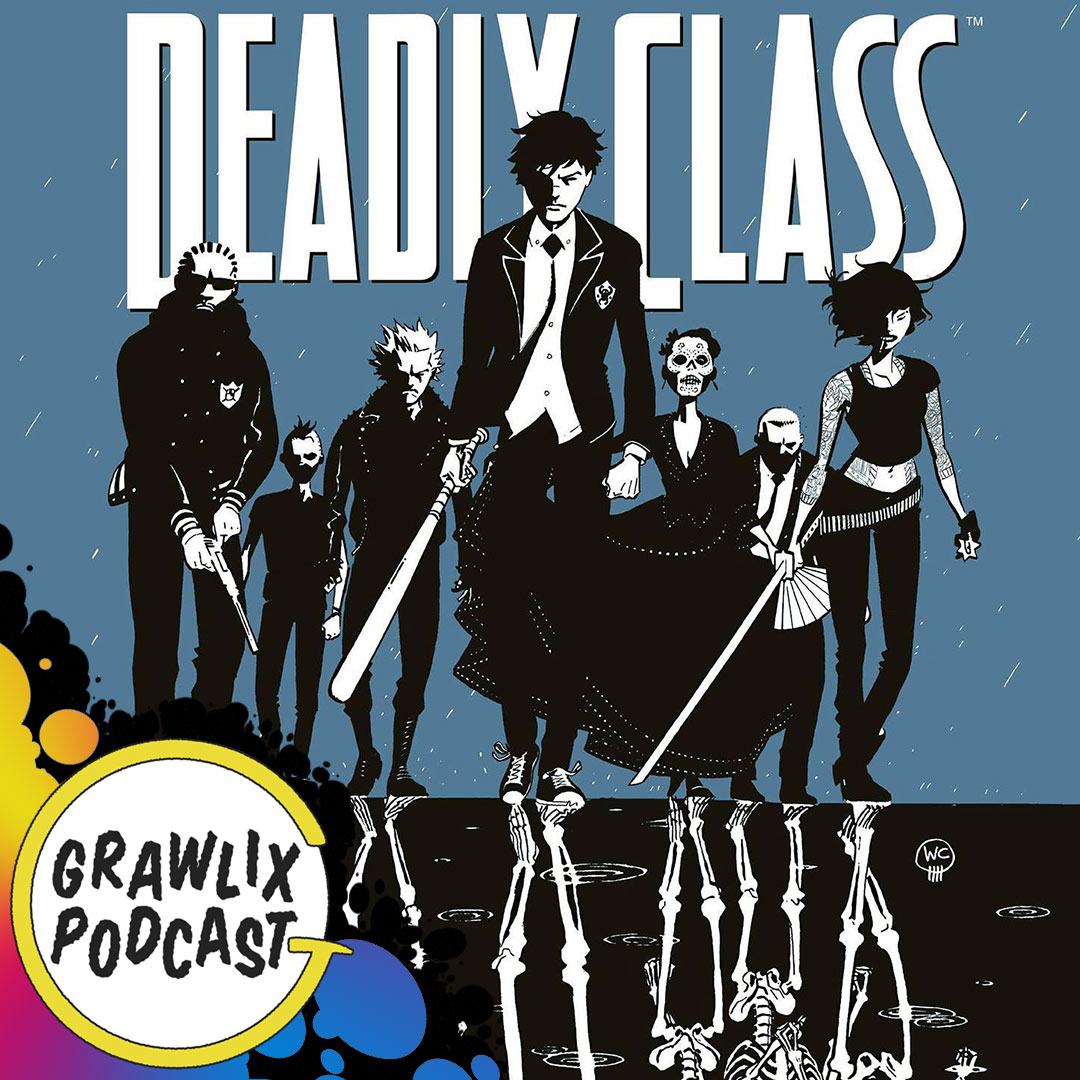 Grawlix Nights: August 22, 2019 #live
In this live & sloppy episode of Grawlix Nights the G-crew talks about the Sony/Disney/Marvel Spider-man situation, The Matrix 4, and more news. Then they dive into a pre-MCU Marvel film with a review of the 2004 Punisher movie.

Squee and Paul talk about a new fanzine “Fan Fiction illustrated” and it’s first edition, a Doctor Who special.

The Margos are trying their first self-help book, Steve Harvey’s Think Like a Lady. Act Like a Man (2009).

I Kill Giants movie review! This special features both of our I Kill Giants review segments taken from the August 8th and August 15th episodes

The title says everything you need to know. There is no words how we are feeling right now.

This episode is our overdue Deadly Class Vol. 1: Reagan Youth review. Sure, our report is late (and a C- if we’re lucky) but the

Kevin and Darnell discuss NXT officially on FOX, the newest signees for AEW and WWE, Jim Cornette being JC, G1 finals and SuperJ cup and Darnell talks NYC wrestling including some news about Uncanny Attractions.

This week Roman and Rob discuss comedy copyrights, carbon foot prints for the rich, fantasy football returns and much, much more!

Part 2 with our special guest and fellow podcaster Josh Watkins! You can hear him all the time on his own podcast Extraordinary Expletive.

This week on Re:Trek we dig into ‘Perpetual Infinity’ and it’s kinda ‘The Red Angel, part 2’.

Massive episode! Massive and sloppy. Just the way you like it. We discuss the Sony & Disney/Marvel split over Spider-man, Spider-man films in general, Matrix

Neil and Johnny order a pizza, play video games and generally pad out the episode with the quality entertainment fans have come to expect. PLUS: A rare Beatles track.

We get our Doctor Who D&D on in this first part of an improvised adventure story.