Most recent episode posted 2 years ago. This podcast may be on hiatus.
Looking for something more recent? Click here to browse new episodes on the network.

It’s Time To Fight: The Pina Colada Creative
Prepare yourselves for a long way. #BadaBoomTheRealGuyIsNowTheUnemployedGuyInTheRoom! Enzo gets himself in a ton of trouble. RAW 25th confuses people, review the recent Alpha 1 wrestlings “Wrestlers Gone Wild,” Joey Ryan, and we end with rants about wrestling idiotic fans.

It’s Time To Fight: The Creative Stop
Matt and Todd return to the studio to talk about the highlights of the past week, wrestling relationships, Divas trying to be adult stars, return of the fappening and a lot of general nonsense.

The final podcast for 2017 is It’s Time to Fight! Matt and Todd discuss the Xmas edition of Raw, Smackdown, the days of good theme music, King of the Ring Pay per views, the continued improper use of talent, Finn Balor not being over still and more!

It’s Time To Fight: The Wrestlers Court
This week we discuss the ongoing situations of Michael Elgin and WWE 205 Superstar Rich Swann! We attempt to settle this in Wrestler’s court. However,

It’s Time To Fight: The Creative of the Broken Brilliance
Todd and Matt return to the studio for an impromptu podcast. They discuss the coming of “Woken” Matt Hardy, NXT on USA network, comparing current

It’s Time To Fight: Final Act 8
Matt and Todd are back in the studio following Alpha 1 wrestlings, Final Act 8! They discuss the card, Matt’s run in with Cody(Matt didnt

It’s Time To Fight: Booker T’s Creative Nonsense broke the Podcast
We are back in the studio to review NXT: WarGames and Survivor Series. They also discussed the lacklustre follow up on RAW and Smackdown. especially 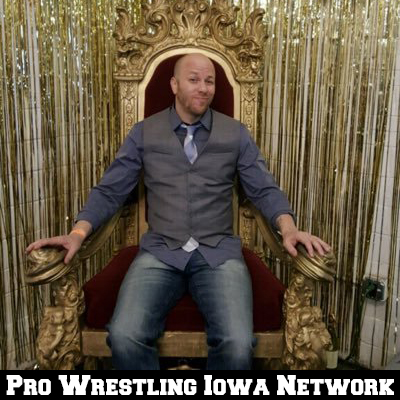