Book Vs Movie: “The Women”

In 1936, the Clare Booth Luce play The Women debuted on Broadway to rave reviews and packed audiences which featured 45 speaking parts for women, while no man is either seen or heard. (Though all of the husbands are spoken about constantly!)

The plot revolves around a group of privileged women who live in New York City and busy themselves with shopping, spa days, and gossip. (60 years before Sex & the City!) Keeping husbands happy unless they “fall in love” with a salesgirl, these women fight for what is theirs.

Back in the day, one could move to Reno, Nevada for six weeks to gain residency and garner a quickie divorce. (Check out the Trashy Divorces podcast to learn all of the old rules for ending matrimony.)

Our lead Mary (Mrs. Haines) dearly loves her husband but he is having an affair with a perfume salesgirl, Crystal Allen which means he has to make a choice. Stay with the wife and daughter or remarry ASAP and give his wife a huge settlement.

Off in Reno, Mary and a gaggle of friends and other women meet to gain residency and commiserate in this farcical look at marriage and friendship.

The 1939 film directed by Book Vs Movie alum George Cukor has over 130 speaking parts for women (even the animals were females!) Led by Norma Shearer, Joan Crawford, Rosalind Russell, and Paulette Goddard it happened to come out in an insanely good year for movies (Gone With the Wind, Mr. Smith Goes to Washington, The Wizard of Oz, Of Mice and Men to name a few) it did earn any Academy Award nominations–but the film has become a classic along with several Broadway revivals.

So between the original play and the film–which did we prefer? Have a listen and find out! 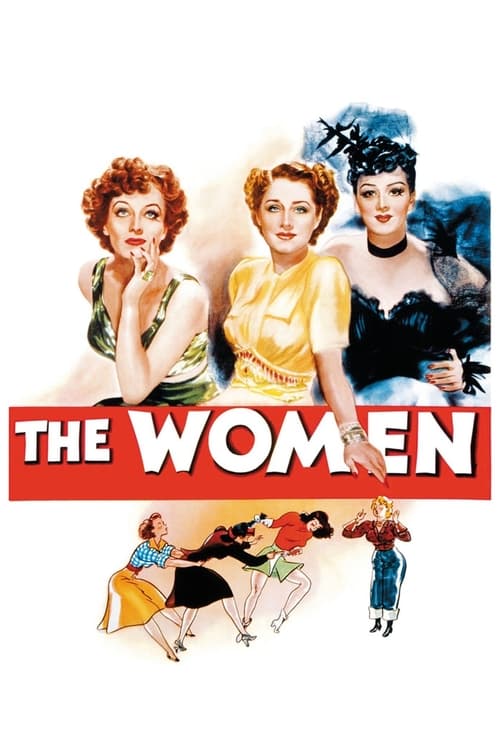 A happily married woman lets her catty friends talk her into divorce when her husband strays.