The Phantom of the Opera

The Margos had an excellent suggestion for this episode–The Phantom of the Opera which first appeared in a series featured in Le Gaulois in 1909 & 1910 by author Gaston Leroux.  Inspired by events that happened at the Paris Opera in the mid-19th Century, including a secret underground lake that was used for firefighter training as well as a chandelier crash that was a source of mystery at the time.

The 1911 novel takes place at the Palais Garnier (which still exists) where a “phantom” is causing fear among the workers, singers, and dancers who are creating a production of Faust. Soprano Christine Daae is the lead as her main competition Carlotta is ill.  Victome Raoul de Chagny recognizes Christine as his childhood friend/love of his life and visits her dressing room to rekindle their flame when he overhears her talking to another man. When he enters the room, the man is gone.

Christine claims she is being tutored by the “Angel of Music.” In the meantime, the new managers of the opera house get a letter demanding that Christine is a permanent lead and that box 5 will be left empty–or else he will put a curse on the place. The managers ignore this and a chandelier winds up crashing in the audience and killing a spectator.

The Phantom abducts Christine and tells her his name is Erik and that he is hopelessly in love with her. She sees he is wearing a mask covering part of his face. When she removes it –she sees why he has been hiding from people most of his life.

He wants to have her live with him indefinitely but she offers a deal–let her go for two weeks and she will wear his ring. Christine meets with Raoul who wants to take her away permanently. Christine wishes to run away with Raoul but Erik overhears their plans and kidnaps her again.

Raoul and “the Persian” are caught in the lake trying to rescue Christine and almost go mad in a mirrored room. After helping to free them, Christine promises Erik she will carry his ring and come back to visit him on his death day.

In the end, she runs a mention of him in the local paper with the note saying “Erik is dead.” We then learn from “The Persian” Erik’s life story and how he came to live under the Paris Opera House.

The 1925 adaptation stars Lon Chaney and Mary Philbin and is considered a classic in silent film horror. Chaney was known as “the man of a thousand faces” and he did his own makeup which excited and terrified audiences for decades to come.

The film is beautiful and a feat of ingenuity.

So which did we prefer between the book and the movie? Have a listen and find out. 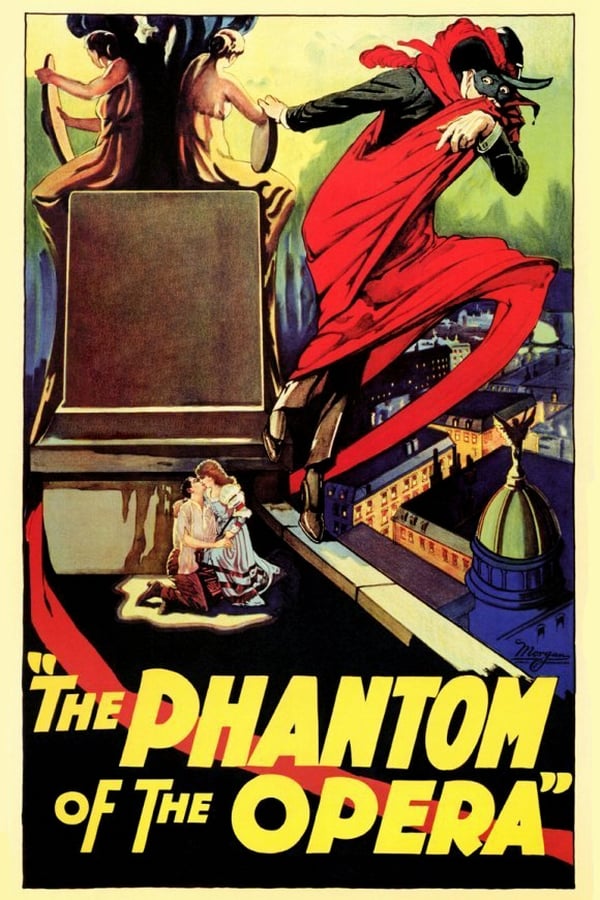 A grotesquely disfigured composer known as "The Phantom" haunts Paris' opera house, where he's secretly grooming Christine Daae to be an opera diva. Luring her to his remote underground lair, The Phantom declares his love. But Christine loves Raoul de Chagny and plans to elope with him. When The Phantom learns this, he abducts Christine.