The Prime of Miss Jean Brodie

The Muriel Spark Novel Vs the 1969 Maggie Smith Film

The Margos are celebrating September with a series of “Back to School” episodes starting with 1961 classic The Prime of Miss Jean Brodie by Muriel Spark. Brodie is a popular teacher at a girls’ school in Edinburgh, Scotland in 1931. Each year she picks a group of students to be an elite part of the “Brodie set”–under her tutelage learning mostly about the arts & beauty (and not science!)

Brodie is single and considers herself at her “prime” with two gentlemen vying for her affection. Mr. Lloyd who is a painter, father of six, and a bit of a letch. Mr. Lowther is a kind person but a bit wishy-washy. The competition for her attention and affection marks their relationships and is a game the girls enjoy watching.

Turns out Brodie is a Fascist which is her ultimate undoing. The complicated story about education and mentorship is an indictment on giving one person too much power over a young mind.

The 1969 movie was not a huge hit at the time but when Dame Maggie Smith won the Academy Award for Best Actress in 1970, it went back into the theaters and became a classic.

There are many changes between the book & the film. Which did the Margos like more? 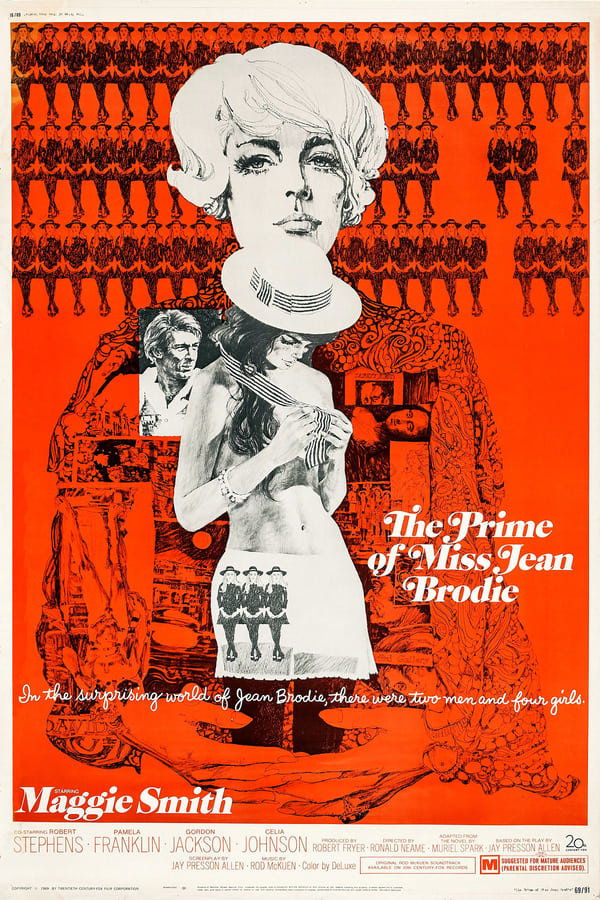 The Prime of Miss Jean Brodie

A headstrong young teacher in a private school in 1930s Edinburgh ignores the curriculum and influences her impressionable 12 year old charges with her over-romanticized world view.