One of the Top-Requested Shows in Finally Happening!

Who wants to live forever? Is it better to have an average lifespan filled with love or an eternity of new adventures? The 1975 children’s book Tuck Everlasting by Natalie Babbitt and features the Tuck family who drinks the spring water from rural Treegap and now lives a life that will never end.

Our heroine is Winifred “Winnie” Foster, at 11 years old (in the book) she is spending her summer as an only child on a rural farm. As she contemplates running away, Winnie happens upon 17-year-old Jesse Tuck who is wearing old tattered clothes and tells her she should never drink the spring water.

The family is being chased by The Man in the Yellow Suit who knows about the secret spring water and wants to sell it as a cure-all. He is willing to kidnap Winnie to get the land which sets off a string of events that forces Winnie to make a huge decision about her life.

The book has received tremendous praise over the years and has millions of fans. The 2002 adaptation was directed by Jay Russell and stars Alexis Bledel as Winnie and Jonathan Jackson as Jesse Tuck.

There are several differences between the book and film, so which did the Margos like better? Click on the link below to find out! 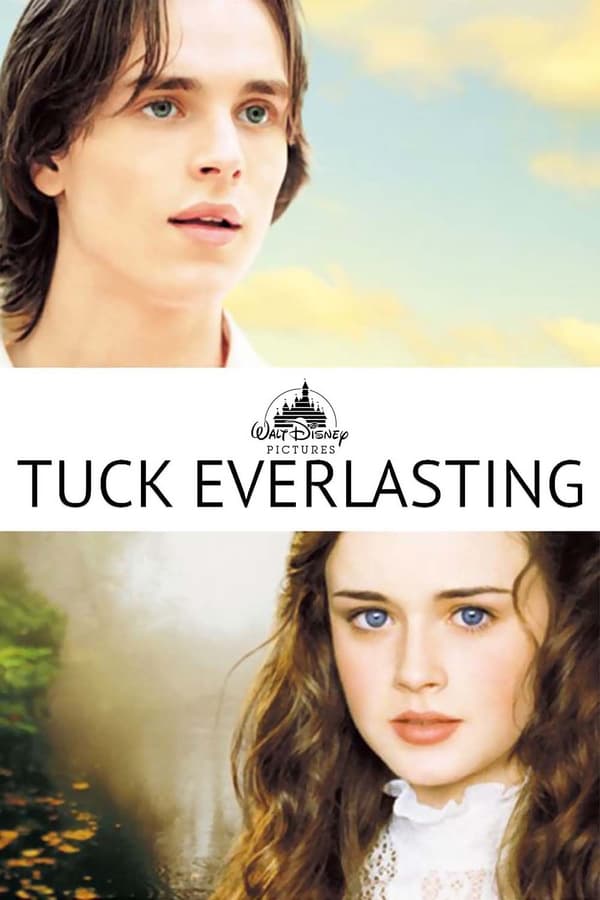 Natalie Babbitt's award winning book for children comes to the screen in a lavish adaptation from Walt Disney Pictures. Winnie Foster (Alexis Bledel) is a girl in her early teens growing up in the small rural town of Winesap in 1914. Winnie's parents (Victor Garber and Amy Irving) are loving but overprotective, and Winnie longs for a life of greater freedom and adventure.